Hello! This is Melon McMelon with MY top 10 Creators! If you don’t know who the Creators are, they are the people who started Poptropica, and build it up! Without further a do, LETS GET STARTED! 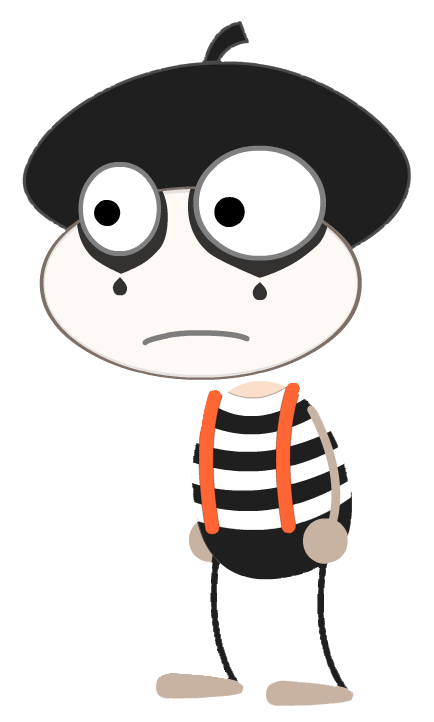 Even though Master Mime has been pretty quiet on the Creators Blog, but he is a pretty cool ( and silent!) dude. 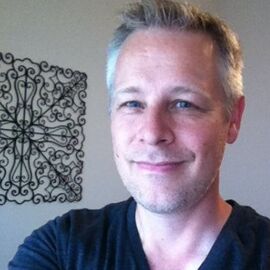 Master Mime is also on the Cover of the Avatar Studio Card. 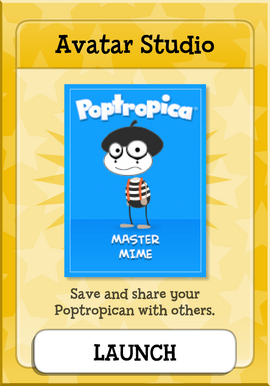 And finally, this is how we know Jon Pitcher is Master Mime! 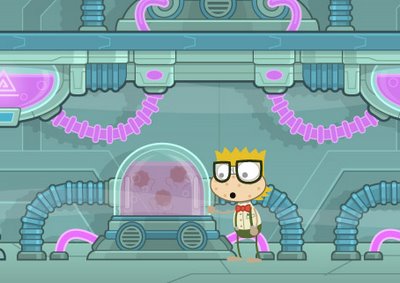 When he Posted on the Creators Blog, he was known for giving Sneak Peaks to new Islands. It is also very possible that Jeff Kinney, the Creator of Poptropica, Author of the Diary of a Wimpy Kid Series, IS COMIC KID! The  reason we think that is because of Jeff’s work with Comics.

Jeff’s first thoughts about Poptropica was when he was (strangely enough!) Mowing his Lawn. 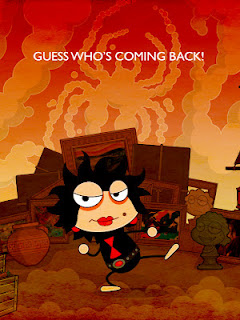 Black Widow posts on the Blog every once in a while, and she is also known as a Villain on Counterfeit Island, and Super Villain Island. Other than that, there really isn’t much to say. How about some Pictures! 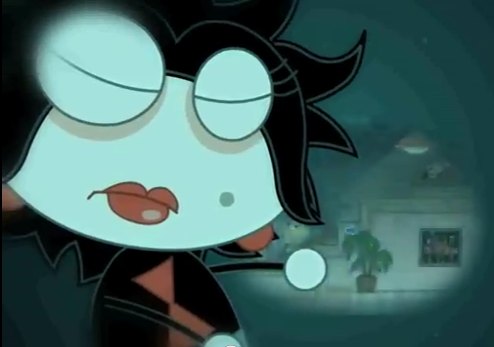 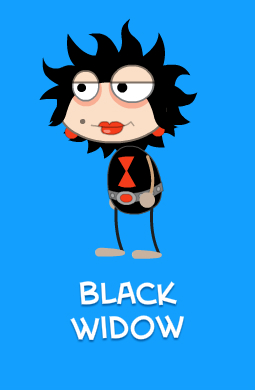 You may know Dr. Lange as the Crazy Scientist on Virus Hunter, but she is also a Creator! Her real life self is Ashley Lange. (Hence the name) She is also pretty good at art! Here are a few of her pieces.

Here are some more Pictures! 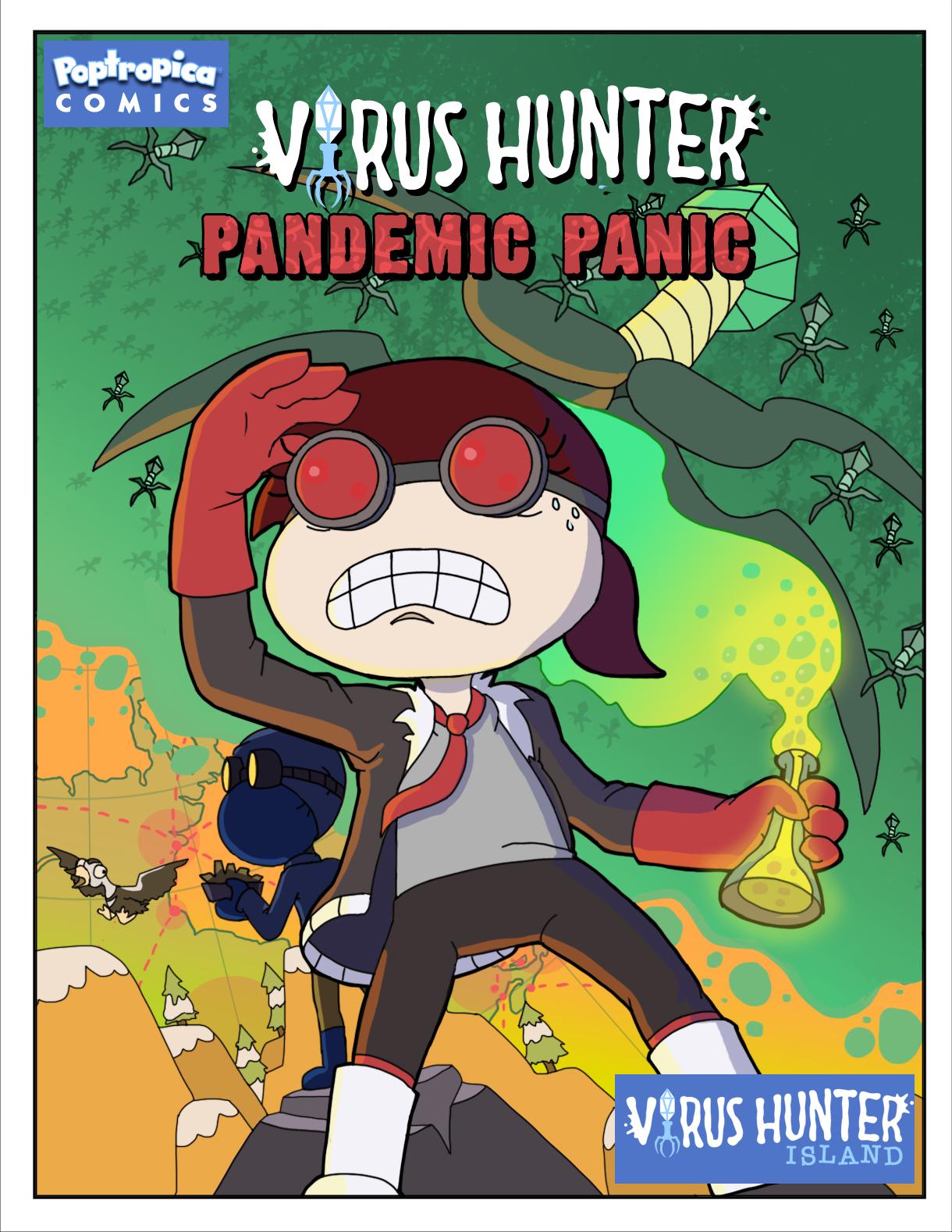 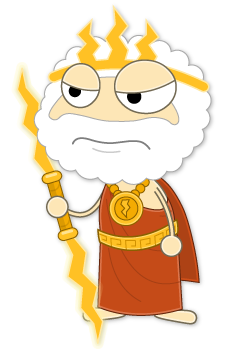 The most powerful Greek God takes time out of his day to help make a game. What a guy! He is known as a Villain on Mythology island and Super Villain, even though in Greek Mythology he is a good guy. His real life Identity is Jess Brallier. Thinknoodles actually met up with him in real life in New York! Picture Time! 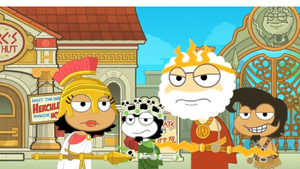 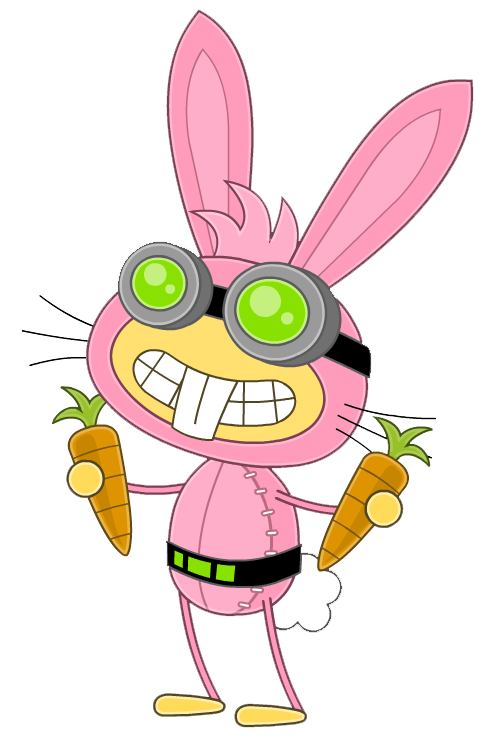 Dr. Hare was one of the first Creators, but not very active on the Blog. He is known as a Villain on 24 Carrot Island and Super Villain Island. Dr Hare is the Face of the franchise, and is usually in advertisements for Poptropica. He is also on the logo for the app. His real life identity is Jordan Leary. 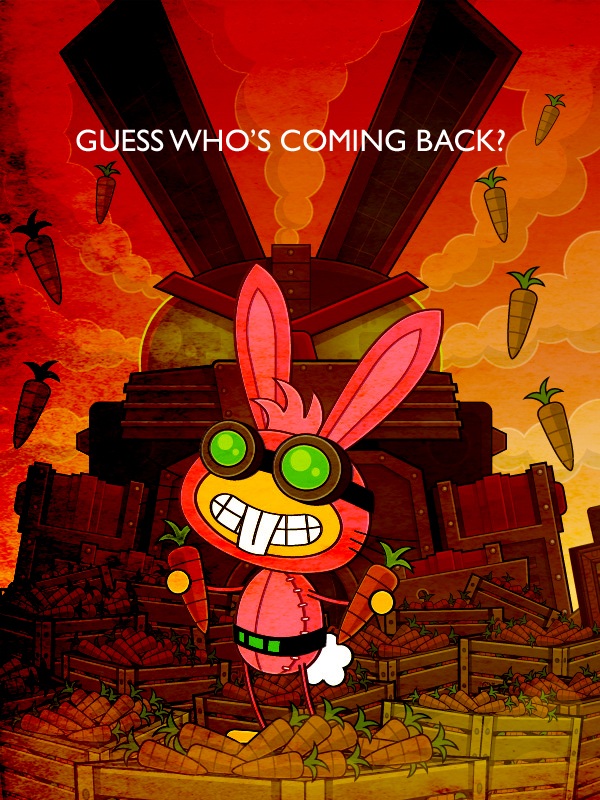 Jordan Leary is in the middle.

Vlad the Viking is an older Creator, and it seems his position has been retired. He is known for his “Snapshot Sagas” Where he goes to a bunch of different Common Rooms and he features a Poptropican and writes a story about it. Vlad is also one of the Vikings in Time Tangled Island. 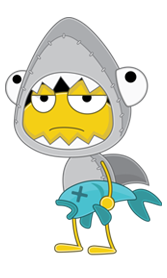 Shark Guy has a VERY complicated History. Click Here to view it. Anyway, he was one of the first Creators, and you can find him in the Shark Museum on Shark Tooth Island. 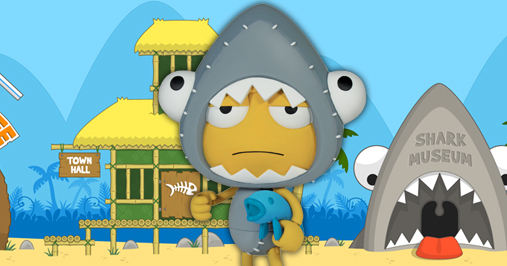 The Nommable, Lovable, Villain from Skullduggary island is the Number 1 Creator! A few days ago it was revealed that his real identity is Mitch Krpata!  CC is one of the most active Creators on the Blog. 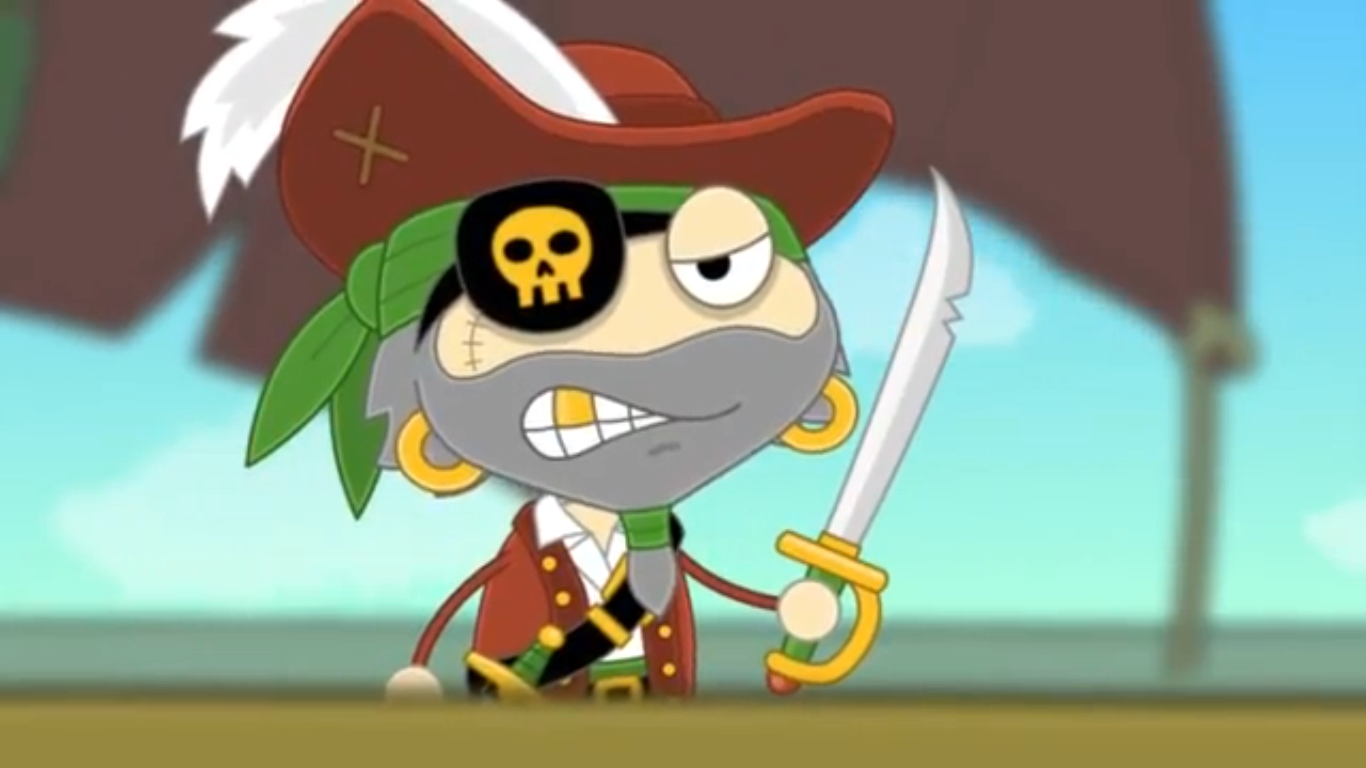 All of the Creators are AWESOME! Here are some Creators That didn’t make the list. 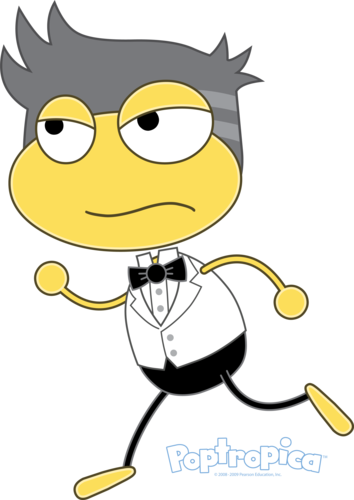 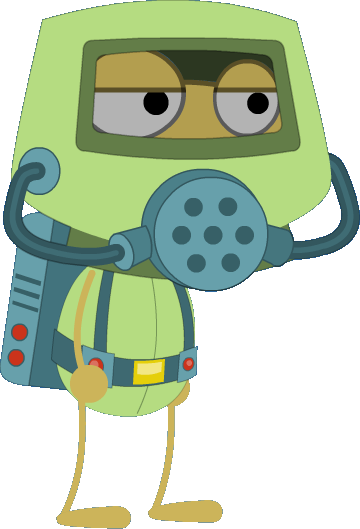 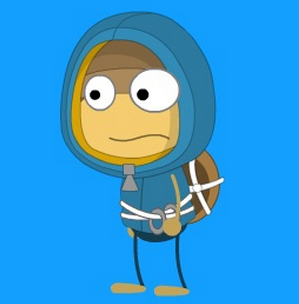 The Ripest of Melons, Melon McMelon Out!

Hello Poptropicans! This is Melon McMelon with some Poppies News!

Credits to the PHB for the Photo!

The PHB announced the times for the Party that goes on during the Poppies on the PHC on Discord. It is on July 26th, which is also  the PHB’s birthday! It is its 8th Birthday, so remember to wear your 8th Birthday Balloon!

It is at 7pm for Eastern Time Zone, 6pm Central Time Zone, 5pm Mountain Time Zone, and 4pm Pacific Time Zone. If you don’t know what Time Zone you live in, here is a map.

There will be a Live stream of the Poppies, which I believe is on YouTube. There will be a link on the PHC for the video. If you miss it, its okay because you can still view it afterwards!

I’m sure there will be a bunch of Multiverse room codes on the PHC, so remember to dress very fancy. You can still enter my Poppies costume contest, so be sure to do that!

Well, that wraps up my post, ahem, I mean Report!

The ripest of melons, Melon McMelon Out!

Hello Poptropicans! This is Melon McMelon with some more Poptropica news. On Thursday night the Creators posted about the Official Poptropica Art Contest. I’m not one to talk for a super long time, so you can read about the contest and rules in this link.

Read it? Okay. Good. In the comments, share if you’re entering the contest or not.

The ripest of melons, Melon McMelon signing off! Cio!

Well, I’m one step closer to becoming a PHB author in my opinion. Thanks for inviting me to the blog, CK!

Anyway, if you don’t know me already, I’m DJScratchStep, but you can just call me Scratch. (Also known on Poptropica as Trusty Bear.) I run my own blog, in which I call The Poptropica Help Island, and I’m also planning to make 2 new blogs going over other games and reviewing other things. I tend to be crazy, though, and I’m almost into high school, so I may use big words. If you don’t know what a word I say means, just comment and I’ll clarify* what it means.

Otherwise, that’s all I’ve got. Be prepared for my next post!

-Scratch
*clarify- to explain in a simpler way

Hi, guys! I did not post anything on this blog for a SUPER LONG time because I was too busy with school and those stuff and nobody followed this blog, commented (Except Super Star in my first post, thanks, Super) , or liked the pages. 😦 This made me feel lonely.

Anyways, the CKPB will start back up again! I will make new posts when I have enough time. CYA on the next post!

Hello, world! I’m Cuddly Knuckle a.k.a Wilbur and welcome to my new blog, Cuddly Knuckle’s Poptropica Blog! Since I was in elementary school, I loved to play Pop so much (Username is hesnothappy) and comment anything on other Pop blogs, talk to the authors and other people in the blogs, read the blogs’ posts (I was EXTREMELY surprised by them), and now, I am finally a BLOGGER!!! Oops. Sorry for not calming down. Anyways, have fun in my blog!

© Copyright 2014-2019, Cuddly Knuckle's Poptropica Blog. All rights reserved. All images and copyrighted content in this blog are from Poptropica.com, part of Sandbox.Co.

We have worked very hard on this blog, so you may not plagiarize or steal any content from Cuddly Knuckle's Poptropica Blog to yours. If you are caught plagiarizing, you will have to suffer the consequences, which will be your blog being reported to WordPress and shut down FOREVER, and you don't want that.

You want to use some of my work in this blog? Well, you ask me, Cuddly Knuckle, for permission, and don't forget to give us credit. And again, SERIOUSLY, DON'T PLAGIARIZE FROM THIS BLOG AND I MEAN IT. -_-